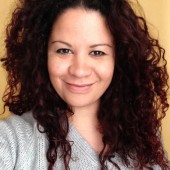 Today, when you sit down to write a press release — as well as being informative — it should be interactive and useful. It should contain added value so that it gets noticed, is appreciated and published by journalists, influencers, bloggers and the media.

The first multimedia press release, created in 2006, already featured some of these points, integrating texts and images, including relevant links and could be downloaded in PDF. Nine years later, press releases now have more resources, confirming that the format isn’t dead but has reinvented itself.

Which is why we offer you new points to keep in mind when putting together and releasing effective press releases adapted to the times: The media doesn’t like to be tricked and when this is done too blatantly, press releases tend to end up in the rubbish bin. Plus, it creates distrust for future communications which are sent. It’s better to be creative, funny or employ empathy.

If you have all the above under control and want to be innovative you’ll get great results in your communications campaigns, since it’s not just about putting together good press releases but about building an up-to-date, solid and good image for your brand or business. Is this what you’re already doing? Tell us about it!