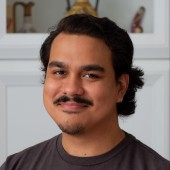 Home / Blogs / Reshaping the Fashion Industry in the Metaverse

Since the start of the pandemic we have seen an exponential growth in the digital landscape, from the adoption of remote working capabilities to a rise in virtual reality and augmented reality technologies. This merging of the digital world with the physical has brought inspiration to various brands wanting to enter this new digitally-centric market. Coinciding with Meta’s (previously known as Facebook) announcement of “Horizon Workrooms”, we saw an increase in search interests for keywords like NFT, Metaverse, Blockchain, and Web3 since early August of 2021. There has also been immense media interest related to cryptocurrency or crypto-related content as we build towards a new era of the internet in the Web3 space.

One way that fashion brands are entering this new ‘digital arena’ is through collaborations with gaming platforms like Fortnite, Animal Crossing, and Roblox. As early as 2020, we have seen brands build and release virtual merchandise in order to appeal to a younger and digitally-savvy audience. Valentino and Marc Jacobs have made early efforts to push this crossover within the gaming industry as seen with their SS20 collaborations with social simulation video game series, Animal Crossing. Valentino garnered a total MIV® of $2.2M with the cross-over, featuring various character outfits and styles for players. Similarly, in November 2021, H&M released a virtual ‘all vegan’ collection on Animal Crossing generating $3.5M in MIV®.

That being said, Animal Crossing is not the only game that has seen virtual fashion being adopted. Gucci’s collaboration with Roblox in early 2021 took this to another level with a full immersive brand experience by creating a virtual Gucci Garden for users to interact with and explore. Making the headlines was their limited edition in-game accessory, the Gucci Dionysus bag, that sold for more than $4000 in the resale market, which equated to costing more than the physical handbag. News of the collaboration and story of the costly in-game asset generated over $24M in MIV® across over 7K placements on both Online and Social channels.

Similarly, in Balenciaga fashion, given their FW21 video game, they picked Fortnite to debut their virtual collection releasing a physical collection collaborating with the gaming company. They tied the collection with the release of in-game ‘skins’ for players to wear on their gaming avatars. In turn, their collaboration brought the luxury label $13.3M in MIV® across more than 5K placements.

In lieu of fashion’s rapid development in becoming integrated in the new digital landscape, the Metaverse Fashion Week (MVFW) was virtually-hosted on Decentraland in March 2022. MVFW, itself proved to be a successful outlet for fashion brands and designers aiming to reach new audiences resulting in the event earning $4.7M in MIV® across 3.1K placements. The fashion week followed a lot of buzz-worthy conversations following the continuous spotlight the crypto-space has been receiving in recent years. Unsurprisingly, Media was the top voice for the event representing 78% of the total MIV®; which was notably 18% higher than the recent FW22 season. Compared to the traditional fashion weeks, MVFW performed better with Social Channels making up almost 44% of the week’s total MIV®. With this in mind, unlike previous Fashion Weeks, Twitter served as the main platform for Metaverse-Fashion related conversations. The social media platform ended up representing 12% of the event’s total MIV®; more than double FW22 NYFW. Sizeable fashion brands like Dolce & Gabbana, Tommy Hilfiger and Etro hosted runway collections during MVFW earning them $1.6M, $1.5M, and $1.3M in MIV® respectively. These brands took a conservative marketing approach relying heavily on their Owned Media Voice, specifically through their social channels, in order to promote their collections to this new developing audience.

It is worth noting that most fashion brands did not invest largely into an influencer or celebrity campaign strategy as seen in previous fashion weeks. Despite this, a prime example of the status the Metaverse carries in online conversations is the fact that they still received commendable Media Impact Value™ almost entirely from Media Voice alone. Nevertheless, this does give light to opportunities brands can take by being associated as ‘pioneers’ or trendsetters in this evolving landscape leveraging digital Influencer and Celebrity Voices to connect with consumers.

Notably, there is no doubt that MVFW will continue to evolve as we see more and more FLB brands incorporate virtual or ‘phygital’ content into their strategies in an effort to connect with this rapidly growing digitally-centric audience.

Currently based in Italy, Jonathan works in Launchmetric’s Marketing Team. Having graduated from the University of Sydney and Polimoda, he combines his background in Economics, Marketing and Business Fashion to gain a deeper understanding of the FLB industry. Jonathan is also passionate about analog photography and learning about consumer relationships with emerging designers.

Revenue Check: A Look At Luxury Fashion Houses In 2016