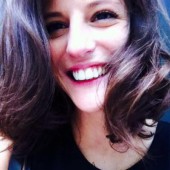 At the beginning of the year we wrote about 5 communication campaigns that we loved. Today, I’m going to show you the top 5 campaigns created by companies (and several agencies) that have completely thrown out traditional PR. To reach consumers, brands are investing in creating quality content across a large and growing number of channels: from social media, blog posts, to video production. All of these examples have something in common, making them successful: they create emotion and provide a unique experience to consumers.

In the recent years, we’ve seen a major shift in the way brands create advertisements to communicate with young women. Creating awareness about the impact of stereotypes on women’s perceptions of themselves is of utmost importance. You’ve probably seen the commercial where young women and men were asked how they would run “like a girl” as a way to talk about the problem with gender boundaries. It’s an emotional and clever PR campaign that really makes you think about certain attitudes held by society. This has made the campaign go viral—provoking debate as it circulated through the press—and giving the impression that it wasn’t a just commercial, but rather an awareness campaign against gender discrimination.

Gillette: “How Does the Man of Steel Shave?”

How do you get people to talk about shaving? Gillette accepted the challenge to try to come out on top in the overly saturated shaving products market. The brand relied on Superman for help and started a conversation with the fans by asking them: “How does Superman shave his indestructible beard?” Using social media and PR, a team of celebrity Superman fans gave their thoughts through a social media campaign defending their theories. Fans were encouraged to continue the dialogue by submitting their own ideas on Facebook or Twitter using the hashtag #HowDoesHeShave.

Many of the theories had nothing to do with a Gillette Razor, but that’s not important—the content and conversation on social media were so powerful that people now associate Gillette with Superman. Who knows, maybe he does shave with Gillette.

Air France freshened up its image with a new corporate campaign “Air France is in the air”—a colorful, lively and extremely elegant rebranding campaign. Instead of unveiling the “new and improved” branding directly to journalists, Air France decided to go straight to the community: The followers on their Instagram account got the first preview of the different branding via the hashtag #franceisintheair which consisted of a series of images used as teasers to reveal the new identity. The company figured that their community (made up of loyal customers) was the most important audience to engage and wanted to include them in on the process using their preferred digital channels. Going from the inside out is definitely a unique way to carry out a communication campaign and (in this case) it worked in the brand’s favor by enhancing their reputation and creating trust within their community.

It’s a classic, but Red Bull really marked the transition to a new form of communication between brands and their audiences. Yes, we’ve been talking a lot about content marketing as the new way to attract consumers’ attention and this company is definitely an innovator in the field. They created an event called the “Red Bull Stratos” where the brand broke a world record with Felix Baumgartner’s space jump—the first person to “skydive” through the earth’s sound barrier. Red Bull’s DNA is to do the unexpected, to be extreme, and is perfectly represented by this communication campaign. The video was watched more than 8 million times on Youtube, shared approximately 51,000 times on facebook and their community grew by 88,000 new fans.

Lidl : a dinner for PR professionals

German supermarket Lidl organized a traditional PR event in the form of a dinner for 185 journalists and VIPs at London’s Victoria & Albert Museum. All the bloggers and journalists took pictures of the menu: smoked salmon, asparagus panna cotta, roasted fillet of Scotch beef and so on. At the end of the dinner, a receipt was given to each person revealing the cost of each ingredient at Lidl – showing that the ‘flash’ 3 course menu had cost less than £10 per head. It was a well-thought and clever way of making a traditional dinner for PR professionals original and striking.

Lidl wanted to communicate that inexpensive doesn’t necessarily mean poor quality. Could you think of a better way to express that concept?

One thing is certain, these companies have realized that values and emotions are key factors for creating engagement and increasing the impact of their communication (with, of course, a good cross-channel strategy!).

What do you think? Do you know of any other companies that have cast traditional PR campaigns aside?