How Luxury Shoe Brands have Utilized the Power of Owned Media 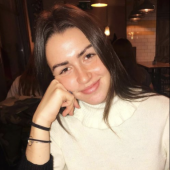 More and more people look to a brand’s Owned Media as a representation of values and establishment of brand identity. Throughout Covid-19, the influence of social platforms was magnified more than ever, with a report published in 2020 by 5W Public Relations highlighting that Instagram influences the purchase behaviour of seventy-two percent of Millennials and over 58% of 35-53-year-olds. Understanding and mastering an online presence this past year has been vital for luxury shoe brands to cultivate consumer relationships, capitalize on customer interaction and maintain a tangible presence amidst industry competitors.

In the launch month of September, Kurt Geiger’s #WEAREONE hashtag generated the largest number of placements out of all three campaigns, with 66 in total earning £123,000 in Media Impact Value™. By comparison, Sophia Webster’s #SophiaWebsterWings had 38 placements from its launch in February to March, and earned £265,000 in MIV ®.

Jimmy Choo’s ‘#INMYCHOOS’ campaign, featuring Daisy Edgar Jones, had the lowest number of placements over a month period out of the three campaigns with 22, yet comparably generated the highest total MIV ® with £336,000. Regardless of their ranking against each other, all three contributed to over three-quarters of each brand’s overall MIV ® in the first month of each campaign. #WEAREONE lead to 93% of Kurt Geiger’s MIV ®, #INMYCHOOS’ 85% of Jimmy Choo’s, and #SophiaWebsterWings 100% of Sophia Webster’s. Such figures across all three hashtags demonstrate the value of Owned Media to overall brand image, identity, and story.

To understand how much value each Voice is contributing to a brand’s performance, our team analyzed the Platform Mix across all three campaigns:

Whilst Jimmy Choo’s ‘#INMYCHOOS’ campaign featured celebrity endorsement from Daisy Edgar Jones, Kurt Geiger’s #WEAREONE focused on empowerment, activism and awareness to encourage self-love and kindness. Both play into different drive to purchase pulls, with 75% of those influenced by instagram say that they would be driven by a post by a major celebrity/influencer, whilst 83% of Millennials say it’s important for the companies they buy from to align with their beliefs and values.

Despite originating from each brand’s Owned Media, the top-performing placement for both campaigns came from different Voices. Kurt Geiger’s #WEAREONE campaign was picked up in a media article by French Glamour and Jimmy Choo’s #INMYCHOOS’ used by influencer @taewaew_natapohn. Comparing such results illustrates the power of Owned Media for luxury shoe brands as the first domino to disseminate brand identity and influence other Voices, as well as highlighting its relevance to asserting and controlling brand reputation.

Looking at these results, all three brands utilized Owned Media as a powerful tool for establishing brand image, circulating brand identity, and promoting brand development. The data demonstrates its potential to unlock and activate different Voices, illustrating that a brand’s Voice Mix can vary depending on the content of specific campaigns.

Ultimately, brand performance will continue to thrive for those that understand their goals. Leveraging the right Voices enables brands to reach the right consumers by communicating their brand values on the correct channels. It seems clear that the influence of Owned Media is growing stronger and more potent than ever before, and as we move out of the pandemic and into physical purchase environments, it will be interesting to see how brands utilize their social platforms to explore new-found potential.

Living in London, Briony is the Brand Marketing Executive for Northern Europe at Launchmetrics and graduated from the University of St Andrews with a degree in English Literature. Aside from her love of fashion and tech, in her free time Briony loves to write and is learning to code.