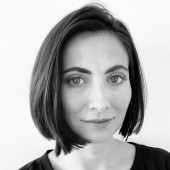 After its cancellation last year due to the Covid-19 pandemic, the Cannes Film Festival and its cohort of celebrities and Influencers were back on the Croisette in 2021. Only a few days after Paris Fashion Week, the red carpet became a hub of expression for luxury fashion, jewelry, and beauty brands once again.

In partnership with Digital Luxury Group (DLG), we analyzed the media and web echo of the Cannes Film Festival using our Media Impact Value ™ (MIV®) index, as well as the visibility that the Cannes Festival and its celebrities offered to certain luxury brands such as Chopard, Bulgari, and Schiaparelli.

Between June 28 and July 19, the Cannes Film Festival generated an impressive $101M in Media Impact Value™, with nearly 75K placements across online media and social networks.

According to DLG’s data, it’s interesting to note that Google searches for “Cannes Film Festival” have decreased since 2014, while those on Instagram have increased year on year, with $16M of the total MIV® generated by the Cannes Film Festival was via Instagram.

YouTube is also becoming  increasingly important, with a remarkable $7M of the overall MIV® contribution coming from this platform. Overall, the visibility of the festival increased towards the end in the lead up to the announcement of the Palme d’Or winner. This is illustrated by the graph below, showing the evolution of searches on Google during the Festival.

Unsurprisingly, France makes up the majority of the echo generated during the Festival, with 33% of total MIV® coming from local placements. Three media outlets that generated the most coverage include Gala, Elle, and Le Figaro, which all together account for 18% of the Media Impact Value™ generated by Online Media. France is also the country where the term “Cannes Film Festival” is the most frequently searched on Google.

Of course, Celebrities and more recently – Influencers – are no strangers to the fame and impact of the Cannes Festival worldwide. One example is Carla Bruni, who received +3900% searches on Google compared to her usual average. She was also the first personality to be featured in google image search throughout the festival’s first week. The resemblance of the former first lady with the famous model Bella Hadid contributed to the success, with both Carla Bruni and Bella Hadid thoroughly amused by their similarities in the picture that was picked up by the press.

The media buzz around the various celebrities, muses, and fashion Influencers has created a great advantage for luxury fashion brands, jewelry houses, and beauty brands, whose names appear next to the key personalities as the creators of each stunning red carpet creation. Below are two examples that left a mark on the 2021 edition of the Cannes Film Festival.

Schiaparelli’s work with Bella Hadid generated $8.5M in Media Impact Value™, with the Instagram post by the model generating $1.15M MIV® and was reposted widely across media and social networks including Schiaparelli’s Instagram account. At the same time, Google searches for Elsa Schiaparelli jumped up by +1900%.

A newcomer on the red carpet, Lena Mahfouf, continued her ascension and established herself as the most fashionable Influencer of the moment. After her successful campaign for the Bulgari Jewelry House, Lena tread onto the steps of the Cannes Film Festival adorned with a beautiful Bulgari necklace complementing her elegant Valentino dress. She generated $438K of MIV® in one social post alone, placing her post among the top five for Media Impact Value™ generation on Instagram during the Cannes Film Festival.

Lena Mahfouf’s engagement almost doubled at the event, while her last five posts on Instagram outside of the Cannes Film Festival achieved around 10% of Engagement, her red carpet posts had an average Engagement Rate of 17%. By choosing a newcomer, Bulgari’s bold bet played off, leveraging the Influencer’s rising popularity.

The Cannes Film Festival continues to prove to be a useful platform for many luxury brands, by solidifying celebrity relationships, igniting followers online, and generating impressive media buzz which is crucial to driving brand performance. The data demonstrates that the festival is the place to implement an effective methodology to leveraging the right voices on the right channels, which is a crucial strategy that is intrinsic to achieving success for luxury fashion and jewelry brands.

Want to find out how to track your brand’s presence and performance? Click the banner below to learn more about our Discover solution!