The State Of Influencer Engagement In 2015 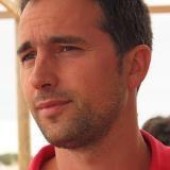 Home / Blogs / Influencer Marketing / The State Of Influencer Engagement In 2015

We are proud to present the second edition of our research on the State of Influencer Engagement. This year, we have surveyed over 600 communication and marketing professionals from 32 countries and 30 different fields with the aim of understanding their challenges and best practices when rolling out their influencer programs.

Bearing in mind that 84% of brands expect to resort to influencer engagement in 2015, the discipline is carving out a privileged niche in marketing and communications plans. But, how effective is it really? What are the most used channels, content and interaction strategies? How should businesses get organized to tackle this new challenge in the best way possible? You’ll find the keys to answering these questions in the following article. You can also download the full study to learn more on the subject. Happy reading!

In last year’s edition of our survey, 69% of those questioned stated that their influencer engagement strategy was effective or got results. This year we’ve strived to get a more in-depth vision of where the focus of this effectiveness is in terms of business lines and objectives.

49% of the 600 marketing and communications professionals who took part in the second edition of this survey said they considered their influencer engagement to be “very effective” in terms of attaining their visibility objectives, followed by 44% who considered them “somewhat effective.” Therefore, this study shows that 93% of those surveyed this year are currently getting results in improving their visibility through influencer engagement strategies, compared to 7% who consider them “not effective” or “somewhat ineffective.”

Digital influencers are the new celebrity. But that doesn’t mean that influencer engagement is limited to traditional promotion and endorsements. In fact, many digital consumers rely on the experiences and insights of their peers to make decisions about brands and products. The bottom line is that influencers act as strategic resources to consumers seeking direction. This is why brands must engage them to serve customers. In the cases where brands do so, Augure learned through its annual research on the subject that engagement contributes directly to business goals. From awareness to sales to loyalty, digital marketers see results. But, it takes vision and work to inspire meaningful engagement in ways that people trust and follow.

However, two of the answers published in this second influencer engagement study are surprising, particularly due to how underdeveloped this burgeoning trend is in some markets (particularly in Europe). A high percentage of the professionals surveyed said they attained good results in key business objectives such as lead generation and customer loyalty through the use of influencer engagement. Identify the right influencers: the main challenge when rolling out programs

When we asked marketing and communication professionals a year ago what the main challenges were in terms of influencer engagement, they responded with three aspects that popped up again this year, although new ones have emerged as well.

Jeff Bullas – Blogger, author, strategist and speaker
[popshow id="2" type="show"]You need to identify the right influencers with big data that identifies which influencers move the online digital dial. That will come down to how many impressions, reach, retweets, sharing and mentions (plus other data) that they are driving online in the niche. That is the objective data that helps with decision making. Of course the influencers brand of voice should be congruent with the brand persona. That is the more subjective piece.

Identifying the most relevant opinion leaders for brands (main challenge for 75% of those surveyed), finding the right strategy to engage with them (challenge for 69%) and measuring the results of their campaign with influencers (significant for 53%) still come in as the top three key challenges. These are added to other, new challenges that are testament to how this trend is developing and maturing. These recent developments are:

Nowadays identifying influencers continues to be the main challenge for brands, a long process that depends on several factors and where the use of various channels and tools is essential.

The results show, however, that brands are still fumbling in the dark in this respect since there is no specific methodology to be followed. Furthermore, the results show that many times the tools used for identifying influencers aren’t always the most effective. So we see that influencer marketplaces are chosen by 20% of those surveyed, identification tools by 21%, Twitter by 42%, along with monitoring tools and Google by 37% of those surveyed. On the other hand, we should bear in mind that LinkedIn is gaining popularity for identifying influencers.

According to a report released by Nielsen in 2014, articles published by experts are on average 58% more effective in creating engagement and influencing consumers’ purchases. However, once immersed in influencer engagement, marketing and communication professionals who have started working with influencers set certain priorities in the type of situations that most benefit them.

For 67% of those surveyed, content promotion is the main benefit obtained from working with influencers. In recent years there has been an integration of influencer engagement, or PR 2.0 in a broader sense, as an important part of what is known as “Earned Media.”

Content promotion is the most common scenario when working with influencers

Following the data regarding the most strategic situations for working with influencers, we find that 59% of professionals consider product launches as the most beneficial, along with content creation (also chosen by 59% of those surveyed).

In a perfect world our interactions with influencers would impact all of the situations mentioned. However, that’s not always the case. We find that approaching influencer marketing with the intention of earned content promotion (that is, by collaborating with influencers on the creation of content) is the most effective at impacting all (or most) of the categories included in the survey.

We therefore see that content becomes much more relevant in this second report. And while in 2014 76% of those surveyed stated that product launches were where influencers played a more strategic role, this year content promotion has come out on top and content creation shares second place. In addition, another relevant piece of data has emerged in 2015: SEO has taken its place in the ranking of strategic objectives when working with influencers (23% of professionals). Because Google (in lieu of artificial link exchange and tactics) increasingly prefers content, sources and their relevance online. Getting links to relevant sites, like those of influencers, has become therefore not only a way to gain visibility, but also of gaining organic positioning in search engines.

Many are already talking about “PR SEO.” In fact, at the last Brighton SEO event, Rebecca Lee, from the British consultancy firm Dynamo PR, coined this concept with the phrase “‘PR SEO’ is about making something unsexy, sexy.” This year’s report confirms this trend.

The importance of Twitter in campaigns with influencers has been confirmed this year: while in 2014, 57% of those surveyed used it for their campaigns, this year 68% consider it a key channel. Blogs maintain their importance and are ranked second, with 54% of professionals considering them significant, compared to 52% in 2014.

It’s interesting to note the major progress made by Facebook, which despite being questioned frequently in the media, is a key channel for 51% of those surveyed putting it in third place compared to 2014 where only 29% considered it important. Facebook even comes out in first place in those surveys taken by professionals from the US.Instagram takes fifth position with 24%. Pinterest and Vine take the last two slots, with 3% and 1% respectively, but confirm altogether the rise of visual platforms. Instagram takes fifth position with 24%. Pinterest and Vine take the last two slots, with 3% and 1% respectively, but confirm altogether the rise of visual platforms.

LinkedIn’s position comes as a surprise, despite it having a very influencer-focused strategy, only 20% of those surveyed use this channel to engage with them.
68% of communication professionals use Twitter to engage with influencers

Community and quality content, the driving motivation for influencers

According to 55% of communication professionals, extending their community is the driving motivation for influencers. Quality content continues to be an important aspect (45%) but less so compared to last year (59%). Most marketers say that content is king. I say that’s B.S. Audience is king and he who has the audience is the king-maker. Influencers that subscribe to this way of thinking want to access as many audiences and audience members as possible with the hope of growing their own audience. All of the other “motivations” are just icing on the cake.

Collaborating with influencers through events or blogs

70% of those surveyed believe that an event is an ideal place to leverage the influence of an opinion leader. Almost the same amount (69%) place importance on blog posts. Traditional press releases are ranked as last place. Just 26% of those surveyed believe them to be a suitable format for engaging with influencers. From this we can surmise an increasing awareness that press releases should not be considered the only channel available for communication professionals along with the importance of separating the message and format.

In light of the growing weight of influencers in brand strategies, the economic model needs rethinking and leads to the deadly question: Should influencers be paid?

Almost 70% of those surveyed don’t think so.

However, if we look more closely, we see that over 30% of those surveyed claim to pay their influencers frequently, while earning money came in fifth place in the ranking of influencer motivations (see previous section). Are we seeing a change in mentality? It seems that most brands don’t want to pay for “”influencer marketing.” Due to that thinking, they are not getting the results that could be achieved with the right approach ”and” compensation. That attitude is ad-hoc, amateur and arrogant. You pay for TV, you pay for Facebook advertising, you pay for Google AdWords, don’t you? Influencers have worked hard for years to ”earn” influence and they should be paid for that. Not given trinkets!

Again, here we see differences between the results of the survey for the US and Europe. 54% of those surveyed from the US say they frequently pay their influencers.

While it’s true that no professional profile comes out on top in overall terms, PR managers stand out: for 28% of those surveyed, influencer engagement campaigns were said to be managed by the heads of PR. The Community Manager is the soul of the relationship between brands and their communities, which is why it’s only logical they should be heavily involved in influencer engagement. But of equal importance is the role of the CEO (as head of these strategies for 17% of those surveyed), even before the head of digital marketing (11%)! A real heads-up on the need to include top management in defining influence marketing strategy and a positive step for the profession.

Influencer engagement is something that should be pursued by everyone at the company, although there be one person in charge overall. This should start with the company CEO, who should be able to share the company’s values and culture. And then be taken up by all the other interested parties in the company, the Marketing Director, PR Director and Community Manager.

It appears that influencer engagement strategies bear fruit: 74% of those surveyed said they wanted to increase (33%) or maintain (41%) the budget allocated to these activities. It’s worth noting differences were detected depending on the market: of those surveyed who expect to increase the budget, 60% were from the US and only 20% from Europe.

On the other hand, just 6% expect to have it decrease.

20% of those surveyed don’t have the budget allocated to influencer engagement yet, that’s an increasing trend since in 2014 it was only 16%.

These are some of the main conclusions we have gleaned from the study conducted with more than 600 people around the world, examining the differences between countries, industries, departments and scale of businesses. If you wish to know more and get all the details, please download the full report.