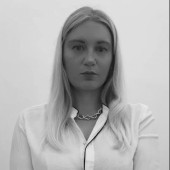 The tools that measure time have fascinated humans since records began.

From the Ancient Egyptian sundial to 13th-century European mechanical clocks, from Charles II’s waistcoat/pocket watch to the formidable jewel-ordained pieces on the market now.

Timepieces speak to the wearer’s taste and position in society, fueling a hyper-competitive, multi-billion dollar industry.

There’s data to back this up, too.

According to The Business Research Company’s Luxury Watch Global Market Report 2022, the global market size for watches is expected to grow from $27.19 billion in 2021 to $28.43 billion by the end of 2022, resulting in an expected compound annual growth rate (CAGR) of 4.6%.

If companies want to maintain their position in such a competitive market they need to understand which strategies their competitors are using, the results they’re achieving, and how to adjust their own decision-making accordingly.

To gain this insight you must analyze the data.

This is why in this post, we benchmarked the performance of 10 key brands in the contemporary watch sector.

Thanks to our Media Impact Value MIV® algorithm we were able to deep dive into why some brands are performing better than others, as well as the tactics and strategies responsible for their success.

What are the Top 10 Contemporary Watch Brands?

The chart below shows the selected brands ranking in MIV® for the month of July 2022:

And the second chart is a breakdown of the Voice Mix benchmark.

Voice Mix is a metric that provides the percentage of coverage or MIV® generated by each of the five Voices (Media, Influencers, Partners, Celebrities, Owned Media) that move consumers through the buying journey.

We’ve also added the number of media Placements each brand received in July. This is the number of posts, interactions, or articles related to a specific search query (i.e. brand, product, or event).

Looking at this data is all well and good, but what insights can we extract from our analysis? Are there any significant trends, tactics, and strategies being employed that your brand could adopt? Why are Omega, Casio, and Longines topping the rankings for MIV®?

Let’s take a look at some of the bitesize takeaways from our top 10 contemporary watch brands analysis.

So, it turns out that a large part of the brand’s success comes from the effective use of the Media Voice, in particular the Print Channel.

Let’s have a quick look at the data before we discuss how they effectively leveraged the Channel.

Omega secured 275 Placements with an overall MIV® of $1.72m, with Print accounting for 31% of its overall Media Voice Mix. To put that into perspective Casio, who finished second in the rankings, secured 56 placements and $188K in MIV® at just 3% of its Media Voice Mix.

Knowing that print magazines typically release their monthly edition on the first day of the month, Omega was able to prepare ahead of time, strategically securing global Placements in Esquire, Harper’s Bazaar, Gentleman, Chronos, and Vogue.

So Casio might not have leveraged Print in the same manner as Omega, but it still finished second in the overall rankings. In fact, looking at the Media Voice as a whole Casio finished first, earning $6.21m in MIV® (compared to Omega’s $5.57m MIV®).

By digging a little deeper we can see why…

Casio’s My Time campaign encouraged consumers to sign-up and participate in exchange for unique prizes signed by selected Japanese singers, actors, and other celebrities. It was an immediate hit.

The brand’s Owned Media Voice through a YouTube series earned $263k MIV®, with the inclusion of Celebrities and Influencers leading to coverage in Billboard Japan.

This effective recruitment of Celebrity and Influencer Voices, leveraged through Owned Media channels not only garnered MIV® in itself but led to significant Online Media coverage. This is an example of a well-executed, cross-Voice strategy campaign.

When it comes to the Voices that watch brands like to activate, celebrities have always been popular.

Longines, recognizing this, was able to leverage the Voice to boost July MIV®. The reach of this particular Channel means that with just 3 single celebrity Instagram posts, the brand generated $1.15m MIV®.

However, it’s the brand’s strategic use of the Voice that catches the eye.

An interesting tactic employed was to maximize exposure by featuring at red-carpet events. For example, British actor Regé-Jean Page wore a Longines timepiece at the premiere of his new movie, The Gray Man, while Mikaela Shiffrin did the same at the ESPYs Awards.

According to research from the  Luxury Watch Global Market Report 2022, Asia-Pacific is expected to be the fastest-growing region by the end of the year – something Tissot is well aware of.

4 out of its top 5 posts produced in July were by Asian Celebrities and Influencers, driving a total of $1.63m in MIV®.

Leveraging these Voices is a highly effective strategy in the region. Key Opinion Leaders (KOLs) wield an incredible amount of influence in the region, as their trusted authoritative voice can help brands shape consumer perceptions.

So if you want to gain a competitive foothold, investing resources into Asian social media platforms such as Douyin and Weibo, as well as Instagram, is critical.

Do you want to know how much MIV® your marketing strategy in China is driving?

While Breitling has invested significant resources into maintaining its iconic connection with aviation, it’s actually the seas that brought it success in July.

The campaign launch of its new, limited edition Superocean watch was led by a series of six YouTube videos featuring members of the Breitling Surf Squad. Three were released on July 1, creating a spike in Owned Media MIV® of $1.46m.

Leveraging partnerships within the sports industry is an effective tactic we analyzed in detail in our 2022 Sports Event Sponsorship Report. Sports are associated with desirable traits such as high performance, efficiency, and general health and well-being.

How to Benchmark Your Watch Brand

This report aims to give you a quick insight into some of the tactics and strategies the top 10 watch brands are currently leveraging to increase their MIV®.

If this sounds of interest, you can find out more below.

Based in Milan, Lara is an integrated brand marketer. She graduated from F.I.T. in New York and has worked both in U.S. and Italy for various global fashion and luxury brands. She is passionate about the Fashion and Beauty industry and curious about business, innovation and tech news from around the world, with a special interest in emerging markets.