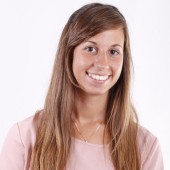 This Tuesday’s 2014 United States Senate Elections are the talk of the town. Democrats and Republicans are doing everything in their power to win as many votes as possible in a race that has extended onto social media. According to the latest NBC poll released on Sunday, the Republican Party may take control of the Senate. However, what does social media say about the Democratic and Republican candidates’ influence the past two weeks? Which leaders have been mentioned the most on Twitter? What are the issues that have had the most weight in social conversations about these particular candidates?

We have been monitoring this process and deeply analyzing the influence, behavioral presence and interest being generated on social media by the candidates for Senate. The following reflect some key points collected from the data of the most relevant factors thus far:

Influence Barometer – the most influential candidates

The number of followers on Twitter is not deemed to be the deciding factor when measuring digital influence. In order to name the Top 10 Influential candidates for the U.S. Senate, we have taken three basic parameters into account: If we look at the Influence Ranking for all of the candidates, we find that Alison Lundergan-Grimes, the Democratic candidate for the state of Kentucky, is the leader on this online influence barometer, while the Republican candidate for North Carolina, Thom Tillis, comes in second and is followed by Michelle Nunn, Democrat candidate from Georgia. Although he doesn’t quite make our Top 10, it is surprising to find the independent candidate for Kansas, Greg Ormann, in eleventh place in online influence (he got nearly 13,000 mentions last month on Twitter).

However, considering the online influence of each candidate: who is going to win in each of the states that are participating in this election? This is the map created from the influence analysis of each candidate: states like North Dakota, Montana and West Virginia are under the leadership of the Democrats (against what polls assumed), while Arkansas, North Carolina and Iowa remain under Republican control. Notably – although the top four places in the overall influence barometer are held by challengers  – the incumbents are more active in respect to their social media activity. During the last two weeks of the campaign, incumbents have achieved a higher level of influence than their opponents.

Let’s look now at the global influence of the candidates for each state: candidates from Georgia and New Hampshire states sweep in their influence index. They are followed by North Carolina, Kentucky, Minnesota and Iowa.

Social media’s impact within the overall campaigns and politics in general is undeniable. All of the candidates for Senate are actively present on one social network or another, carrying out a series of political marketing and promotion actions through these channels trying to get closer to their potential voters. After measuring, this is what we found out: Unlike European politicians that are still quite reluctant to use social media within the development of their own political marketing, every single candidate in the US uses social media regardless of their party affiliation. Let’s analyze our results a bit more:

Out of all the candidates, 10 stand out in relation to their social media presence. And more specifically that on Twitter. This is due to the mentions they have received as well as how much they personally use the network. The 10 Most Mentioned candidates from the last two weeks included in our analysis were:

Three of them: the Republican Thom Tillis, and Democrats Jeanne Shaheen and Michelle Nunn, have seen clear upswings in the number of mentions received immediately after the various debates that have been held over the last month. Alison Lundergan-Grimes has appeared at high levels, with respect to the mentions she received from other candidates. On October 22nd, there was a peak in Thom Tillis mentions as a direct consequence of the debate that had been organized by Time Warner Cable News against his Democratic rival Kay Hagan, both running for the Senator seat. Hagan failed to show up for the debate and so Tillis, being the sole candidate in the studio, simply presented his proposals to the journalists who had come to cover what was expected to be a real debate between two candidates.

That very same day – October 22nd – Jeanne Shaheen, the Senior Senator from New Hampshire who is running for re-election, had a debate against the Republican candidate Scott Brown. After, everyone was talking about her views – most notably on the 24th – concerning the most timely issues facing the nation such as the ebola crisis and National Healthcare. Later on, she had a second debate with her rival, and the number of her received mentions spiked once again. On the other hand, Michelle Nunn received quite a few mentions on October 26th after debating with the Republican David Perdue, running against each other in Georgia with a televised debate.

This all refers to specific candidates who have been the most active throughout the entire campaign, but what what happens if we just focus on the two parties themselves and try to find out which party is the most active on Twitter? In this case, our findings pointed out that both parties – Democrats and Republicans – were practically even, the former 49.6% and the latter with 48%. The other 2.4% is in the hands of the smaller independent parties such as Greg Orman from Kansas, and Thomas Ravenel, running in South Carolina.

The electoral campaign has been dominated over the last two weeks by key national events that may also be seen by analyzing what has been discussed on Twitter. The words “terrorism” and “ebola” have been the leading mentions that all of the Senatorial candidates have received in the last two weeks of October. Following these terms, the next most popular were “gun,” “taxes,” “immigration” and “education.”

As you can see, online influence is playing an increasingly more important role in both national and international political marketing. Will these trends affect the final vote? We’ll see this week after all the votes have been counted, won’t we?

Blog Choosing the Right Influencer for Your Brand Read more

Blog Can You Handle It? Top NYFWM Designers on Instagram Read more