10 Luxury Fashion Brands Performing in the MENA Region in 2022, Ranked by MIV® 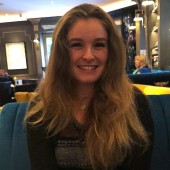 Do you know the position of your luxury fashion brand in the global market? What about localized markets — where does your brand stand in comparison to others? Do you have the data to enlighten you on your competitors’ tactics and strategies?

This mini-blog series on 10 performing segmented brands has highlighted rankings on e-retailers, outdoor fashion, and premium fashion, among others. As each benchmark demonstrated, it’s enlightening to look at the performance of brands worldwide. Nonetheless, it’s also relevant to assess your brand’s performance within distinct regions. Overall, to make the most of key dates and key regions, knowing where your brand stands worldwide is an asset. Using the right metrics and reliable data analytics help brands create better PR and marketing initiatives by benchmarking your brand and competitors.

A word on Luxury Fashion

Having kickstarted 2023, we can look back on how luxury fashion brands performed in 2022. We can also observe how they can continue evolving. Bain & Company reported that the Luxury market generated substantial growth for most brands— 95% to be exact. They also highlighted that though the US and Europe are still the leading markets, others, like the MENA region, are key emerging markets for luxury fashion brands. However, for brands to be successful in the MENA region requires an awareness of what works to flourish in its competitive market. With this in mind, this insight will provide an overview of the performance of selected luxury fashion brands in the Middle Eastern market in 2022.

We benchmarked the performance of ten brands in the luxury fashion sector in the MENA region. Thanks to our proprietary algorithm, Media Impact Value™ (MIV®), we could measure and benchmark the impact of all media placements and mentions across different Voices during a selected period.

What are the 10 Luxury Fashion Brands we Selected?

For this competitive benchmarking report, we analyzed the MIV® data in 2022, for the following ten luxury fashion brands:

The infographic below displays the ranking of these selected brands and the number of placements each of the ten brands had in 2022. These placements factor in social media posts and articles pertaining to specific search queries. Additionally, it takes into account consumer interactions with posts, such as tags and comments. Lastly, it illustrates the growth of the brand in comparison to the previous year.

This infographic represents the Voice Mix Benchmark by MIV® for the ten luxury fashion brands specifically in the MENA region in 2022.

The Voice Mix is a metric that provides the percentage of each of the five Voices that consumers are exposed. These Voices are: Media, Influencers, Celebrities, Partners, and Owned Media. The rate is based on the total MIV®, which each Voice generated for the luxury fashion brands. An awareness of this Voice Mix gives brands a better strategic understanding of the best tactics for themselves or their competitors.

Read on to find out more about the competitive benchmarking and analysis of the top five from the selected brands of this luxury fashion ranking in the MENA region.

At the very top of our selected ranking, Dior achieved $78.2M in MIV® overall across 24K placements in the MENA region in 2022. Throughout the year, Dior accumulated $5.4M in MIV® in January to finish with $10.7M in MIV® in December.

At the height of Dior’s success, the Media Voice took the lead for the brand’s performance with $40.8M in MIV®. The Voice’s most successful placement was the entertainment news magazine ET بالعربي. This success exemplifies a great use of the cross-Voice strategy with a Celebrity Voice. The Media’s Instagram post on December 4th garnered $216K in MIV® and featured the famous South Korean singer Cha Eun-woo. Other key Media Voices successful in the market were Hia Magazine and the Arabic version of ELLE magazine, among others.

Lastly, though the Media Voice certainly generated the most MIV® overall, the Celebrities Voice generated the most value per placement with an average of $34K in MIV® per placement. After all, Dior took a significant step to reach the localized market in 2022 by appointing Saudi Arabian singer Aseel Omran as their first Middle East ambassador. The partnership was a success, as Aseel Omran generated $1.4M in MIV® for the brand in 2022. Other high-profile celebrities have also significantly lifted Dior’s performance, such as Razanne Jammal who became Dior’s newest Middle East ambassador in 2022, Jameelah Awad, Huda El Mufti, and Dorra Zarrouk.

In second place in this luxury fashion brands’ ranking is Chanel with $38M in MIV® across 15K placements. Chanel doesn’t tap as much into the Celebrities Voice in contrast to Dior, but neither brands, nor any other brands in this ranking, leverage its Owned Media Voices in the MENA region.

Looking at the Channel Mix, the most prominent Channel is Print Editorial. The latter is, however, influenced by the inflation of print circulations which should be taken into consideration. The next best-performing Channel is Instagram and then Online Media. Instagram is the most popular and reliable social media platform for brands to leverage. Indeed, it hasn’t failed Chanel, with the platform generating $11.7M in MIV® for the brand. The Channel’s success is also thanks to the numerous placements by Influencers that thrive from it. Egyptian model Tara Emad has generated almost $2M in MIV® for the brand since joining in October 2022, with her top Instagram post amassing $135K in MIV®.

Valentino is the third-best-performing luxury fashion brand in our ranking by MIV® in the MENA region. With $31.6M in MIV® across 6.1K placements, Valentino demonstrated a performance growth of 75% in comparison to 2021. Moreover, the unique pink-out PP campaign not only gained a lot of traction in the West, but also in the Middle East where numerous Voices: Media, Celebrities, Influencers, and Partners didn’t hesitate to promote it.

Valentino’s Voice mix is relatively balanced between Media, Influencers and Celebrities. Statistically speaking, the Media Voice generated the most MIV® for the brand with $12.8M. However, it was shortly followed by the $9.32M garnered by the Influencers Voice and the $6.94M generated by the Celebrities Voice. Looking at the value per post, however, the Celebrities Voice was the most prominent with on average each post getting $63.1K in MIV® per placement. Additionally, the brand’s top placement in 2022 was an Instagram post by Egyptian Actress Yasmine Sabri and it garnered $578K in MIV®.

Lastly, it’s worth noting that Valentino also proved that leveraging key moments such as the opening of its first exhibition in Doha, Qatar, could only work in its favor. And, as a matter of fact, the month of its opening show “Forever Valentino” turned out to be its most successful month in terms of MIV® with $5.3M accumulated across various Voices.

In fourth place, Gucci garnered $24.3M in MIV® across 12.7K placements. Taking aspiration and authenticity to the tee, Gucci launched their Nojum collection in Dubai in 2022— a Ramadan capsule collection for the Italian luxury brand.

Looking at the Voice Mix for Gucci, the most prominent Voice is unsurprisingly the Media Voice with $11.7M in MIV® across 8.4K placements. Similarly to Chanel, Gucci shows that Print Editorial hasn’t completely been taken over by Online Media. If anything, taking up 28% of the Channel Mix, it’s garnered more MIV® for Gucci than almost every other Channel with the exception of Instagram. Once again, however, it’s worth taking note of the inflated circulation numbers. Nonetheless, the most popular placements from the Media Voice were from Sorbet magazine, MOJEH Magazine, Hia Magazine, and Harper’s Bazaar Arabia among others.

The best performing placements for Gucci in the MENA region in 2022 were essentially by Influencers. Coming at the top was an Instagram post by YouTuber Azza Zarour which generated $240K. Overall, the majority of these placements were on Instagram, highlighting the predominance of the platform to elevate the brands’ performance in the region.

Do you want to know how much MIV® your marketing strategy in the MENA region is driving?

Last in our analysis, Prada amassed $23.1M in MIV® across 8.7K placements. Illustrating a striking performance growth with a steady increase throughout 2022. Furthermore, Prada’s brand performance in terms of MIV® went up by 60% in comparison to 2021.

The Voice Mix illustrates the consequential Media Voice with $9.9M in MIV®, and the Influencers Voice with $8.3M in MIV®. The significant point to consider is that the MIV® accumulated by the Media Voice represents five times more placements than the Influencers Voice. In the bargain to leverage these Voices, key moments are also crucial. For example, the eighth iteration of “Prada Mode,” the brand’s exclusive social club at the landmark ICD Brookfield Place in November 2022, demonstrated an excellent opportunity to increase brand performance.

Ultimately, the most successful placements themselves came through social media and more specifically Instagram. Tunisian Influencer Fatma Bououn generated $617K in MIV® for the brand on a post on Instagram in December. This only accentuates that leveraging the social Channel and tapping into the right Voice that resonates in the market goes a long way. This is especially the case with the sponsorship of high-profile influencers.

How to Benchmark your Luxury Fashion Brand

This insight aims to help you gain more awareness about successful marketing strategies. It also demonstrates tactics some of the best luxury fashion brands use to optimize their brand performance in the MENA region.

If this insight has sparked your interest, scroll to find out more below.

Based in London, Charlotte is a Marketing Assistant at Launchmetrics. Passionate about creating inspiring content, she recently graduated from UCL with a MA in Publishing. Invested in learning more about the businesses of Fashion, Luxury, and Beauty worldwide; she is excited to explore the ever-changing landscape of these industries.

Find out how much Media Impact Value™  your brand generates

Get access to your brand benchmark against competitors and identify the points of improvement in your strategy.

How Celeb and Influencer Beauty Brands are Taking Over

Why Dubai?: The Emerging Fashion Mecca